The Piezo element will produce electric power when it is deformed. This can happen by tapping it, (slightly) bending, pressing it. So the production is not constant in general. If you have a device which produces vibrations (eg a motor) you can use these vibrations for a more constant source of energy. 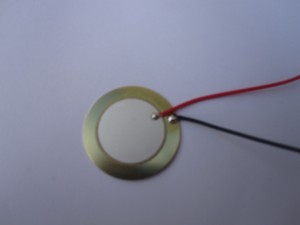 When you press it, both the pressing and the releasing produces electricity.

The voltage produced is in the order of 10-20V, (too high for your attiny85!) but the current coming out is low. The total power (P=V*I) is low. The energy signature of the piezo can be seen on an oscilloscope: 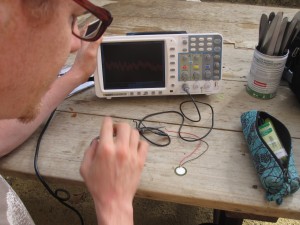 The voltage is AC, that means you will get both negative and positive voltage and you have to protect your circuit for this, using either a diode or a bridge rectifier (four diodes).

An advanced chip harvesting from Piezo elements is the LTC3588. It has a bridge rectifier so you can connect a Piezo without problems. 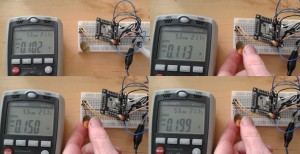 If you store the energy from the Piezo using the LTC3588 in a small cap (10microF) you can easily see the result of your pressing effort. But you also realize that the piezo is only producing small amounts of energy. A supercap or even bigger, a lipo battery won’t be very impressed by the piezo.