With the dream of a vibrant, empathic and intricate “friendship” between Shape Memory Alloys (SMA) and Smocking, in this skill-share workshop we will develop Smocking textiles with shape memory effect. Diverse Smocking patterns will be introduced and developed, combining the integration of SMA segments in the making process.

Smocking is an embroidery technique used to gather fabric so that it can stretch. Before elastic, smocking was commonly used in cuffs, bodices, and necklines in garments where buttons were undesirable. Smocking was practical for garments to be both form fitting and flexible, hence its name derives from smock — a farmer’s work shirt. 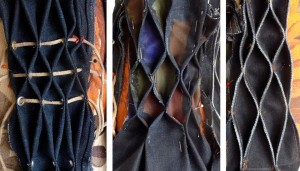 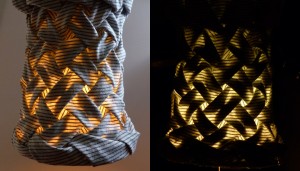 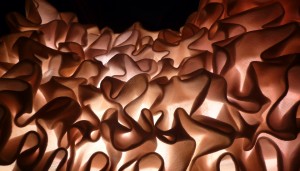 Smocking requires lightweight fabric with a stable weave that gathers well. Cotton and silk are typical fiber choices, often in lawn or voile. Smocking is worked on a crewel embroidery needle in cotton or silk thread and normally requires three times the width of initial material as the finished item will have. There are different kind of patterns. Here are the patterns we used for the workshop. They are made for an A3 piece of fabric.

SMA are metal compounds capable of converting thermal energy into mechanical energy. They can be mechanically deformed and through a thermal stimulus they display the ability to return to their pre-memorized shape.

In this workshop we worked with SMA Dynalloy Flexinol: ” Flexinol® Actuator Wires are small diameter wires which contract like muscles when electrically driven. Smaller than motors or solenoids, cheaper and generally easier to use, these wires perform physical movement across an extremely wide variety of applications.”

Introduction to Smocking technique and development of samples with diverse Smocking patterns. 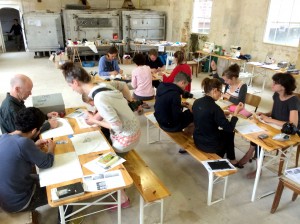 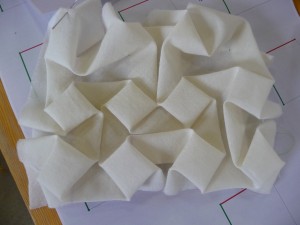 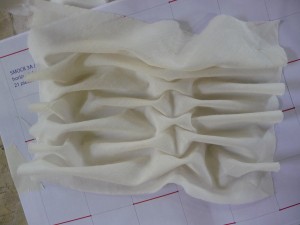 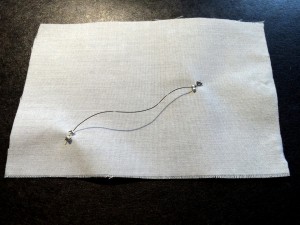 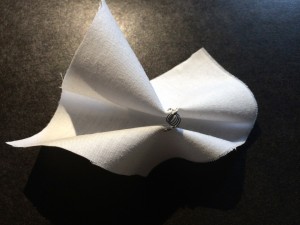 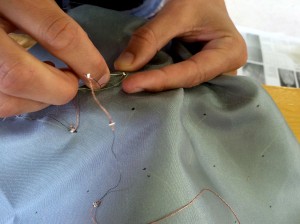 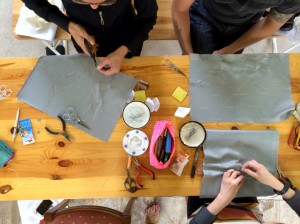 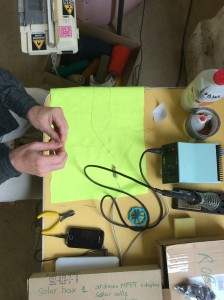 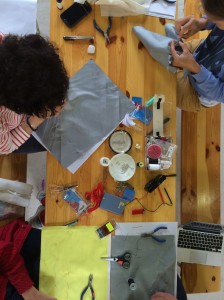 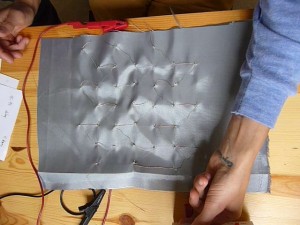 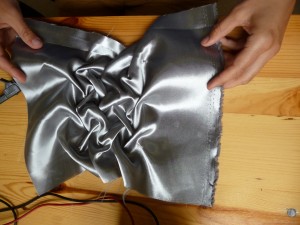