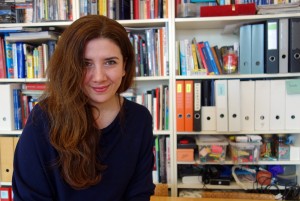 Ebru is an artist, researcher and educator based in Vienna, Austria. Her work often deals with psychological, social and cultural implications of technology. In her early work, she investigated the emerging micro electronic space around the human body as an alternative space for artistic intervention. She created wearable objects that dealt with the daily invasion of that space by commercial and governmental interests. Recently, she has been following a speculative research track that intends to reveal unconventional makers for creating technological products. She currently runs the collaborative project entitled Stitching Worlds, which looks into textile production processes as an alternative means for producing electronic objects.