I was in the harvesting group but then realized it’s too short time to actually making hands on experiments of harvesting so I flee to the subversive textile group, a bit shame to be always in none-focus group every year. Basically what I did was a series of improvising testings with several materials i found during the camp, with my laser dye technique, although in the end we just work individually but still, but still I was happy with the process

No clues for the topic “subversive” in the beginning, was trying to join the team discussion, Anastasia suggested to make a shaman mask prints on knitting with her, it failed because of the Knitting was made of polyester fiber, we was trying to make the printing process “animated”. 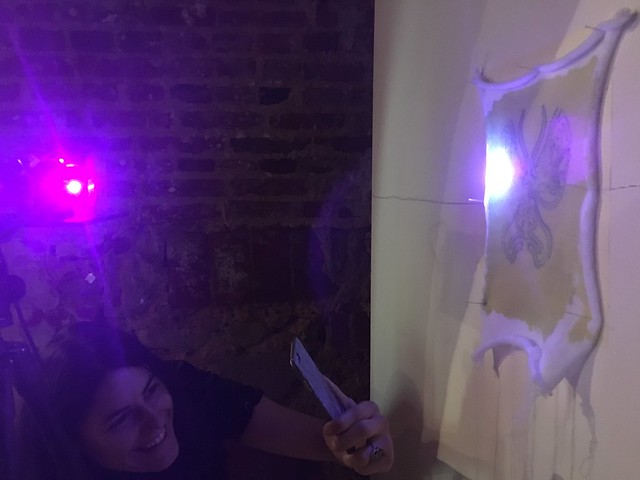 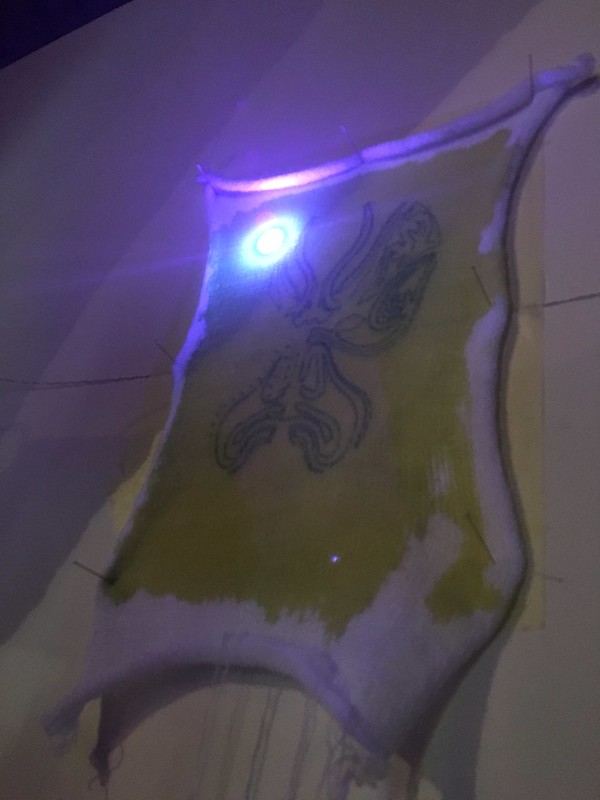 Another unfocused group, was trying nitinol wires test with Anastasia and Tincuta, they kept up till the success, I couldn’t stand for too many current calculations so I dropped it.

Anna fixed the nitinol wire on wood board and bake it in kitchen to teach it to memorize the shape, I think it has reached 700 degree. 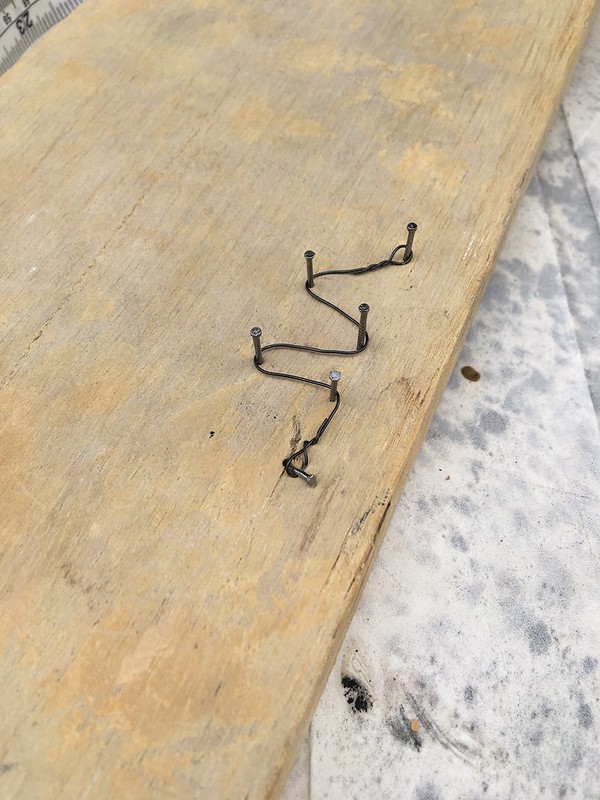 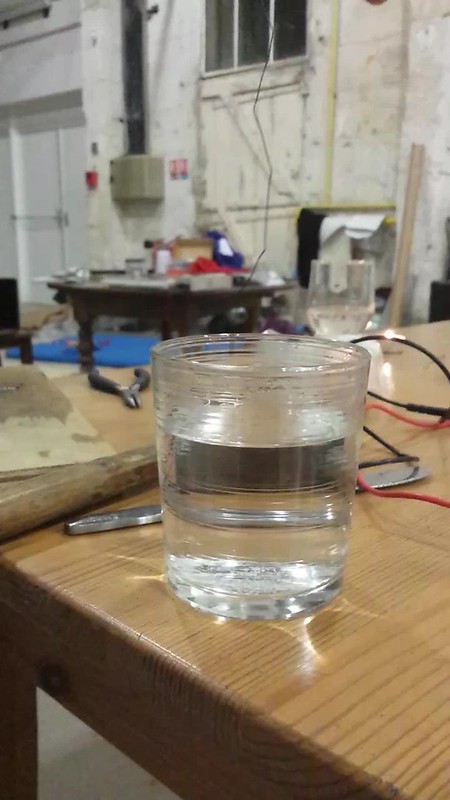 Back to work with myself, so… we all know about the rooster’s story, tried to print something on wood, the process took around 3 mins. (cyanotype on wood) 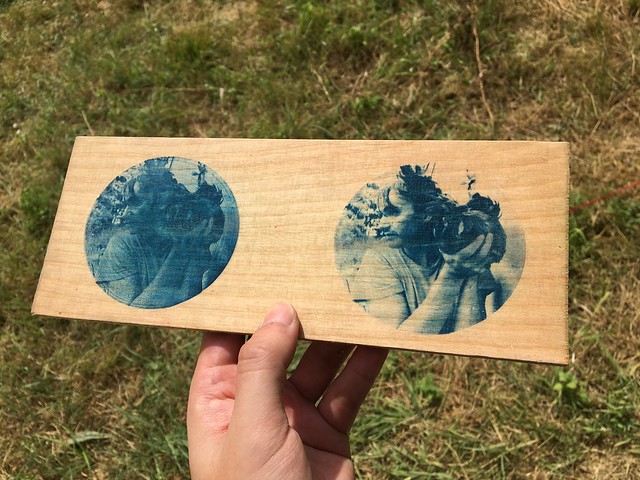 Vandyke on stones, I was silly to forgot bring my fixer so the ink could not resist the sunlight, the prints is ruined next day. But with the conventional process, it should be easy to print on white rock. 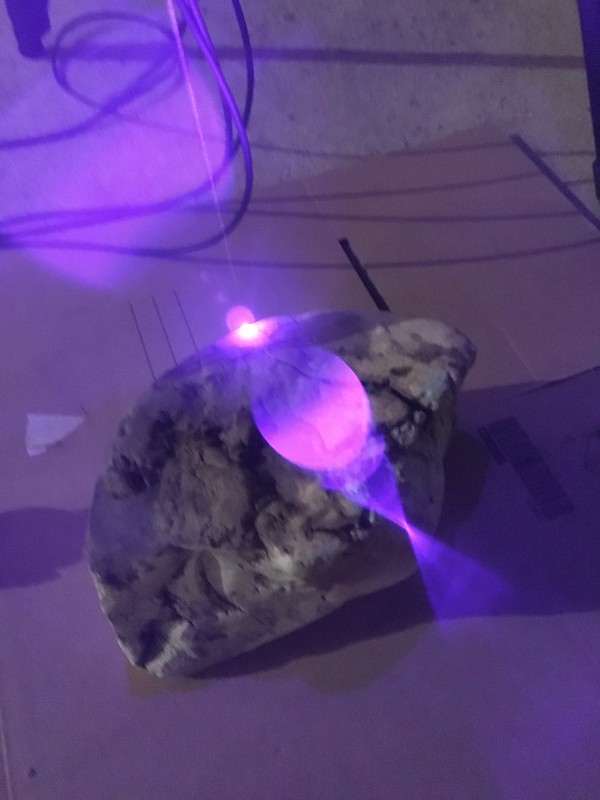 The result was barely recognizable, the rock was white and smooth, guess it sucks ink in it therefore it’s hard to clean the undeveloped ink away. 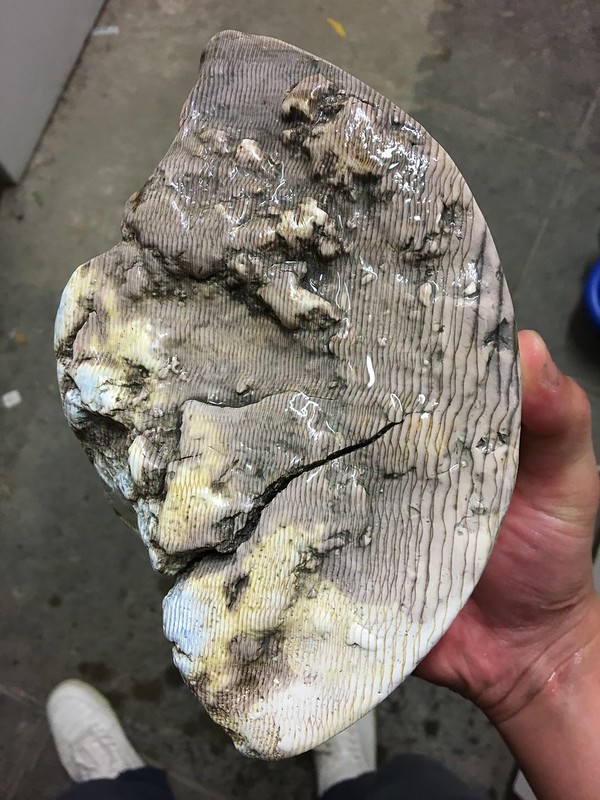 Got some audiovisual pattern idea from James, Ligeti Atmospheres, didn’t have time to make a new audiovisual system there, but it’s a good reference for the printed pattern. 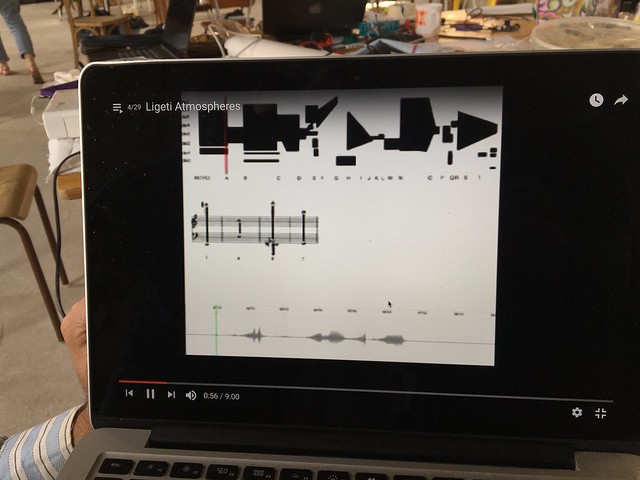 Keep material test going: printing on crumbled objects, start to steal things I found in  Paillard for my obsessing printing experiment , the plaster suck ink extremely fast, I don’t even need to dry it after coating, and the printed pattern will be “suck” into the plaster gradually, the image will fade after about a day. There comes the idea of “analog/acoustic version” of Snapchat, an mobile chatting app doesn’t store conversation history on cloud, I think it might be a good idea for performance. I use to have an idea wanted to store digital data in textile fiber, textile fades and get worn out by time, the paradox part is you don’t want to preserve important data in fragile things, in this way you give your data attenuated life, to endow digital format human being characteristics. At last I grabbed some random textile photos for this print to illustrated this random idea. 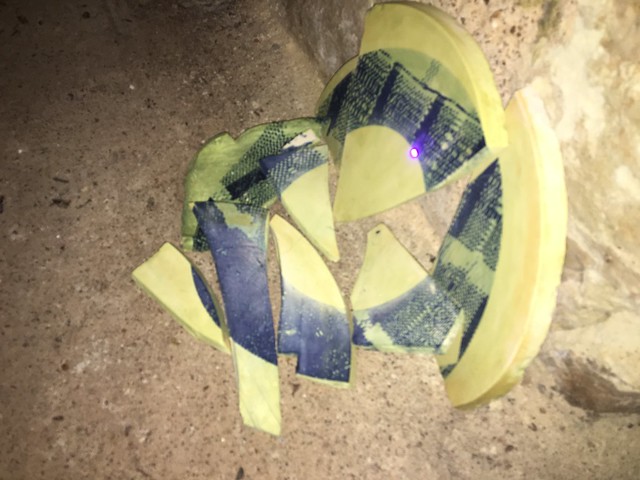 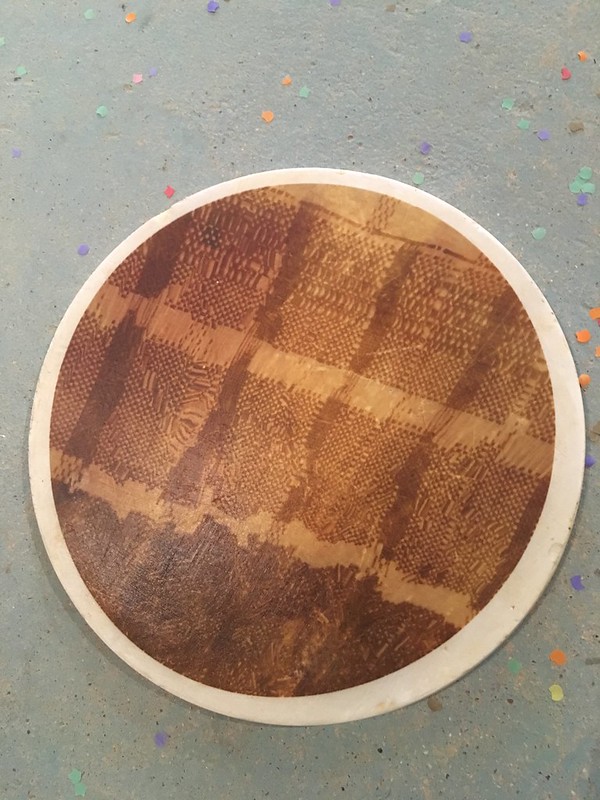 Some other good way to store your “data” on fragile, dissolvable, bio things: 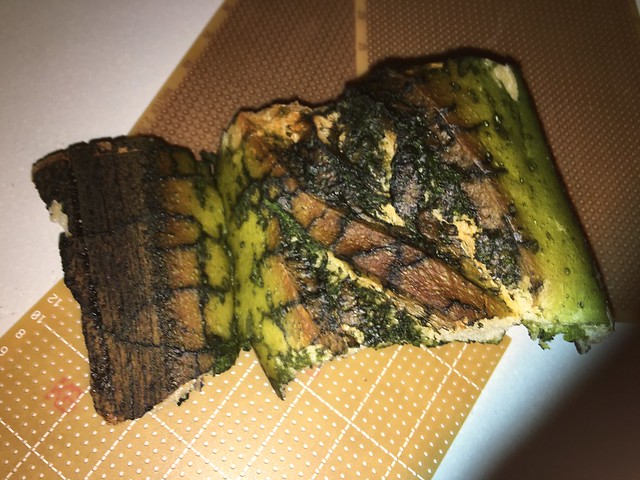 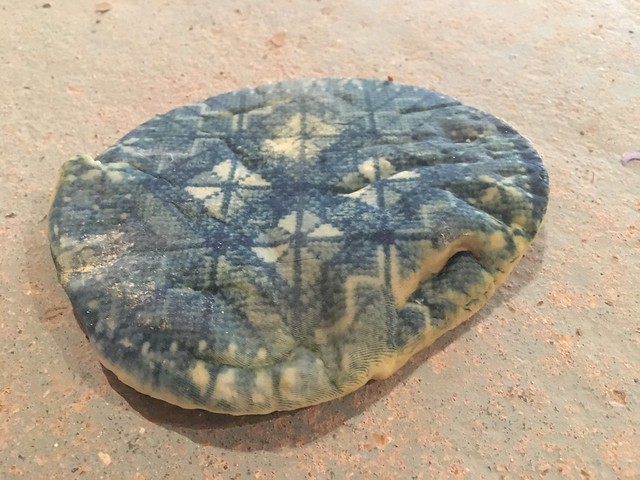 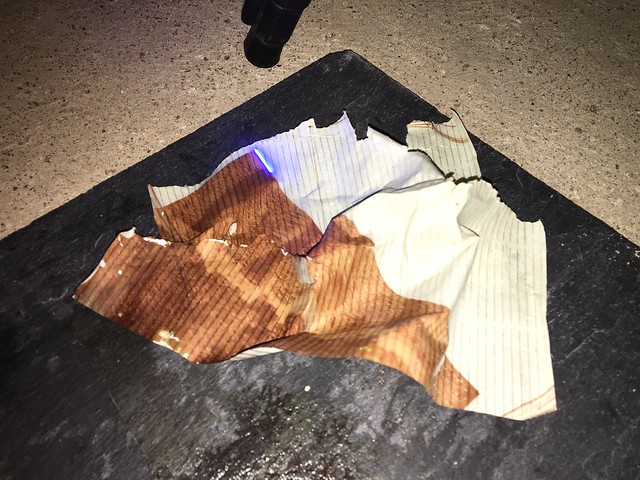 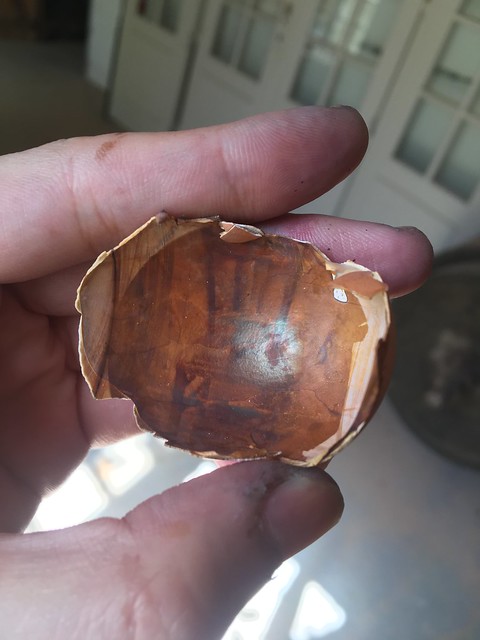 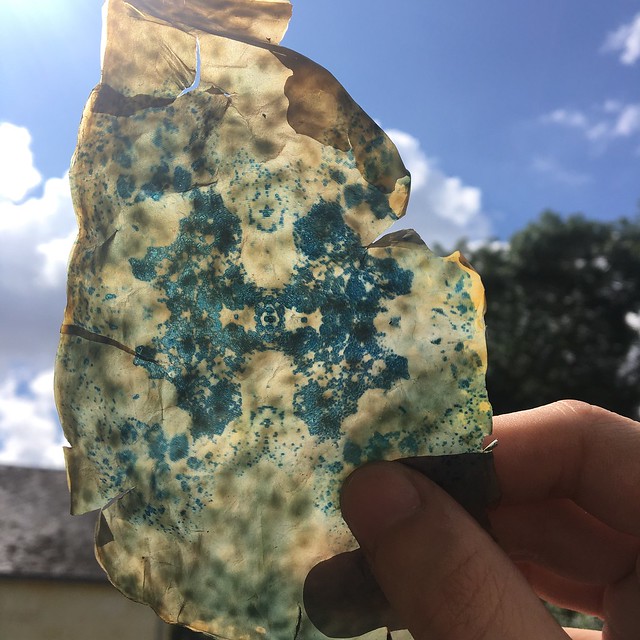 Wrote a patch in Max/msp for fast printing in Day 6: Grey scale/vector picture convertor, the printing went much faster with only vector coordinates. 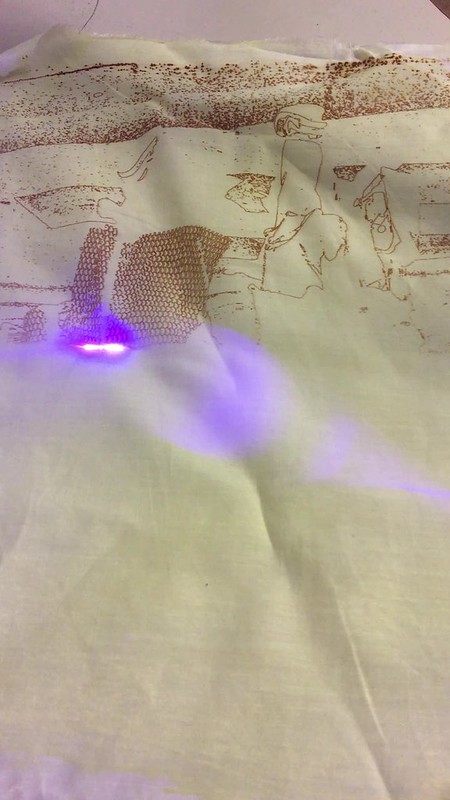 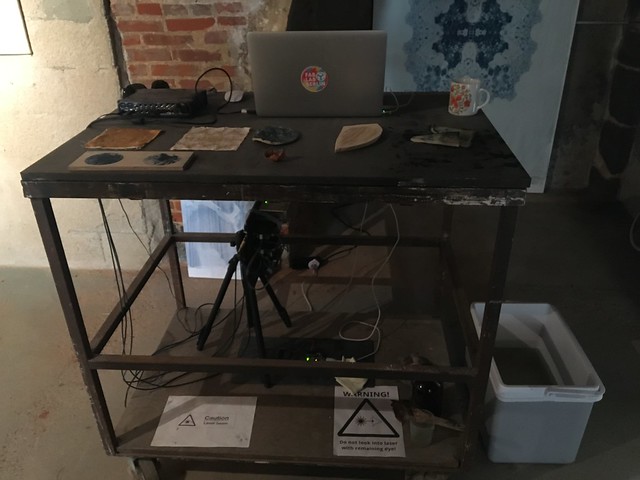 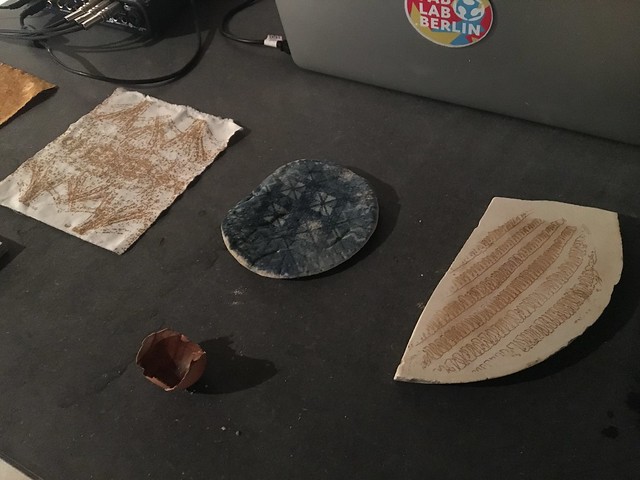 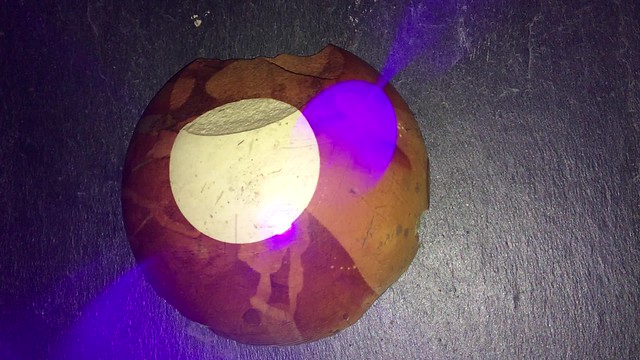 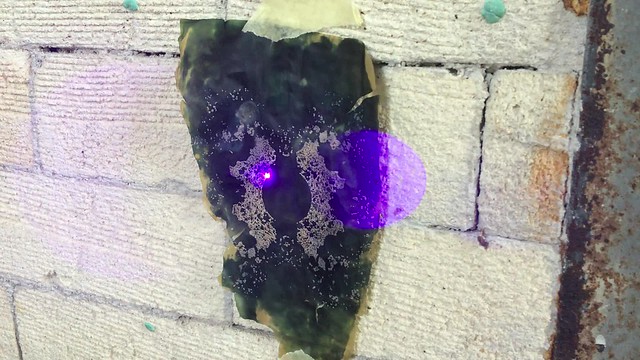 One another additional idea came out in the morning of the presentation day: as we know the solar board could act as optical sensor/data receiver, the idea is to use this printing technique to modifier the fabric pattern covered upon the solar board, in order to act as “light filter”, I did get different readings from the solar board covered with printed/unprinted fabric, just it’s slightly difference, theologically the mask idea could work with other ink materials and obviously there are many paradox need to be solve… 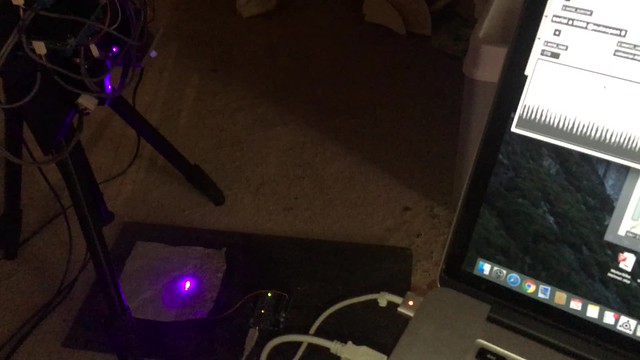