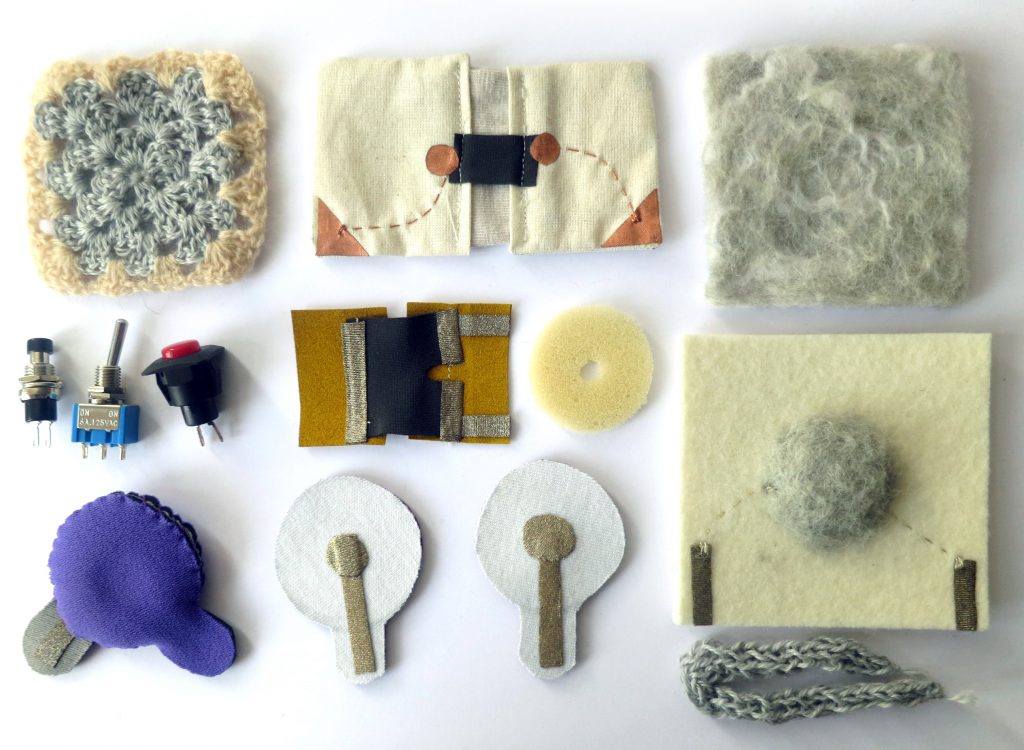 Building electronics from materials, rather than plugging ready-made sensors and circuit modules together, allows you to tailor interactivity to the body. Our bodies are soft, not hard, and soft sensors and stretchy traes offer an interesting range of possibilities for on-body, inter-body and body-world interactions.
This workshop will be an introduction to building circuitry and sensors that are soft, stretchy and fit to our fleshy human bodies to capture our movements, gestures and interactions with the world.
We will use an Arduino/wireless platform combination to read the values of these textile sensors and transmit them to a computer. We will also cover a few different ways of reading and visualizing the incoming data in various software including Processing, Max/MSP and vvvv.
Swatch: textile sensor, stretchy trace
HTGWYW >> http://www.kobakant.at/DIY/
Puppeteer costume >> http://www.kobakant.at/DIY/?p=539 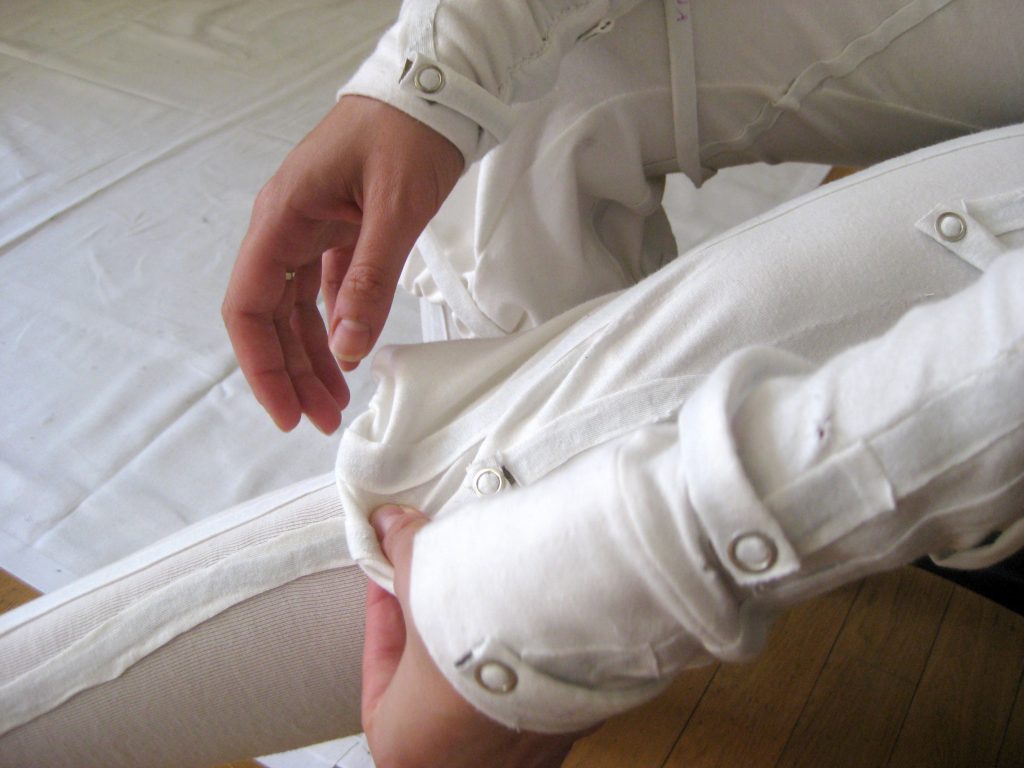 Mika Satomi and Hannah Perner-Wilson have been collaborating since 2006, and in 2008 formed the collective KOBAKANT. Together, through their work, they explore the use of textile crafts and electronics as a medium for commenting on technological aspects of today’s “high-tech” society. KOBAKANT believes in the spirit of humoring technology, often presenting their work as a twisted criticism of the stereotypes surrounding textile craftsmanship and electrical engineering. KOBAKANT believes that technology exists to be hacked, handmade and modified by everyone to better fit our personal needs and desires.
In 2009, as research fellows at the Distance Lab in Scotland, KOBAKANT published an online database for sharing their DIY wearable technology approach titled HOW TO GET WHAT YOU WANT.
http://www.kobakant.at/

Hannah Perner-Wilson combines conductive materials and craft techniques, developing new styles of building electronics that emphasize materiality and process. She received a BA in Industrial Design from the University for Art and Industrial Design Linz and an MA in Media Arts and Sciences from the MIT Media Lab, where she was a student in the High-Low Tech research group.
>> http://www.plusea.at

Mika Satomi is a designer and an artist exploring the field of etextiles, Interaction Design and Physical Computing. For five semesters, she has been a guest professor at the Weissensee Art Academy Berlin. She has worked as a researcher at the Swedish School of Textiles and at the Distance Lab, Scotland in the field of practice based design research. She holds BA in graphic design from Tokyo Zokei University, and MA in media creation from IAMAS, Japan. Since 2006 Mika has collaborated with Hannah Perner- Wilson, forming the collective KOBAKANT creating artistic projects in the field of eTextiles and Wearable Technology Art. She is a co-author of the etextile online database “How To Get What You Want”.
>> www.nerding.at