This workshop will introduce coding and working with Arduino. You will learn how to translate movement in the physical world into something that a computer or microcontroller understands by working with switches and other e-textile sensors. You will also learn how to tell an Arduino to make something happen in the physical world such as turning on an LED, playing a sound, or moving a motor.
The workshop will look how to build circuits that include an Arduino and how to design the code that will make decisions based on your sensors. It won’t focus on building one large project within the workshop, but will give you the building blocks for adding interactivity to your own projects. 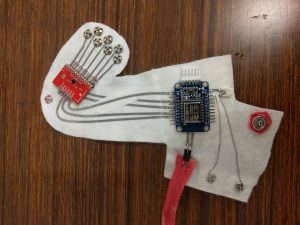 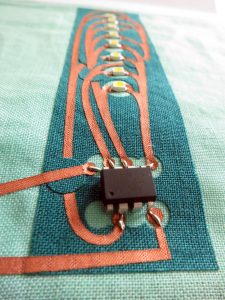 Becky is a Lecturer in the School of Electronic Engineering and Computer Science at Queen Mary University of London. Before returning to academia, she used to take on freelance engineering and consultancy projects through Anti-Alias Labs and was a co-founder of Codasign, a creative technology education company that ran workshops teaching kids and adults how to use technology to develop creative projects. She works with e-textiles and signal processing to build interactive, body-centric wearable computing systems. These systems often incorporate performance, fashion, music and/or design.
>> http://theleadingzero.com/
>> http://www.eecs.qmul.ac.uk/~rebeccas/

Ingo is a software developer, artist and tinkerer working with code and physical computing. After studying film at the art university in Linz/Austria he continued learning stuff by doing. While his own projects usually incorporate some kind of technology he thinks of himself as a critical mind about tech and politics. In his professional life he develops tools for ToolsOnAir. He has written a couple of Arduino libraries and tries to contribute to the open-source community whenever possible.
>> http://ingorandolf.info/
>> http://github.com/i-n-g-o/